During a period of four months and around 800 working hours, 45 student teams worked on consulting projects, of which six qualified for this year's WTT YOUNG LEADER AWARD, and were honoured in the spotlight of the Tonhalle, St.Gallen, on Monday evening in front of 650 illustrious guests. The head of the Knowledge Transfer Office of the University of Applied Sciences St.Gallen (FHS), and host of the event, Professor Peter Müller, summed up the students' commitment in his usual teasing manner: "They brained, shovelled, suffered and delivered!”

For Jakob Stark, President of the Thurgau government, the upbeat atmosphere in the Tonhalle had already triggered "Olma-anticipation". In his welcoming address, he noted that it was a wise decision to use the opportunities provided by the megatrend of Artificial Intelligence (AI) within Eastern Switzerland. In his incredibly interesting presentation, the St. Gallen-based AI expert and series entrepreneur, Andreas Göldi, stated that by 2030 every fourth job in Switzerland will be eliminated, or fundamentally changed, by automation with artificial intelligence. Of course, Göldi sees the rapid development of artificial intelligence as an opportunity, and this is how the excellent FHS students will also see it. They have proven that their human intelligence, but also their commitment, can lead to remarkable results. Sebastian Wörwag, speaking for the last time as FHS rector, said that; “Artificial intelligence lacks something in particular: character with rough edges. And, with regard to the students’ work, one could add that passion for a project is also lacking.”

In the Market Research Category, the winning team was commissioned by the St.Galler Kantonalbank (SGKB) to investigate how the abolition of the rental value taxation would affect customer behaviour and the bank's own balance sheet. Jury member Christof Oswald, Head of Human Resources at Buhler, was particularly impressed by the fact that the view of the customer was central, and of paramount importance, throughout the project. Pascal Koller, the student project manager, pointed out that everyone in his team is a part-time student and works sixty percent, or more, in addition to their studies.

According to student Yves Grundlehner, one of the findings of a representative customer survey was that the abolition of rental value taxation would lead many customers to repay their mortgages. At the same time, customers have a great need for advice on this complex issue. Manuela Inauen, Head of Credit Products at SGKB, was very satisfied with the results in this important area for the bank as: "Every third home in the region is financed by the SGKB.”

Second place went to the Swiss-American team that developed a market entry strategy for a new product in the USA, for Leica Geosystems. Third place went to a consulting project commissioned by the St. Gallen Energy Agency, which aims to reduce CO2 emissions for private homeowners.

The "Fehr Braunwalder" team won in the Management Concept category. The St.Gallen specialist for fastening technology and tools for the timber construction industry wants to expand into the German market and received a market entry concept for this step, which jury member, Thomas Haring from the management of Leica Geosystems, praised as a "great plan of action". The clients had actually only wanted to operate an online shop in Germany, but the research revealed that the customers also want a contact person and advice, which, as student Letizia Cicia pointed out, despite the additional investment in a field sales force it will pay off.

Second place was taken by a team of students from the FHS and Shanghai University, who were investigating logistical solutions in the healthcare sector, for Swisslog Healthcare, Shanghai. Third place went to the Mediterre International team, which proposed a solution based on blockchain technology for tracing products such as high-quality fruit juices and olive oils.

These 2 x 3 teams earned a place on the podium in the categories Market Research and...

On the green carpet

Pictures of the foto box of St.Galler Kantonalbank 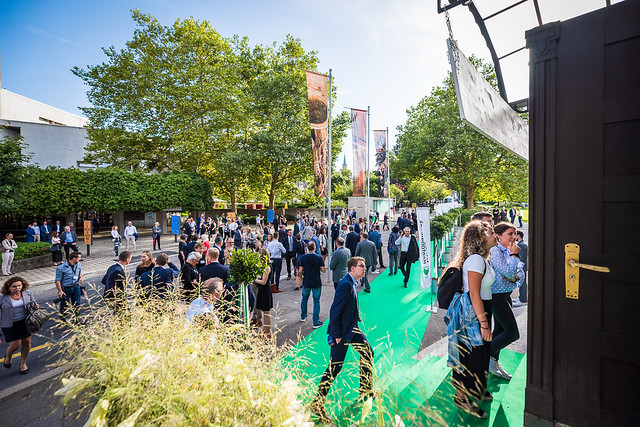 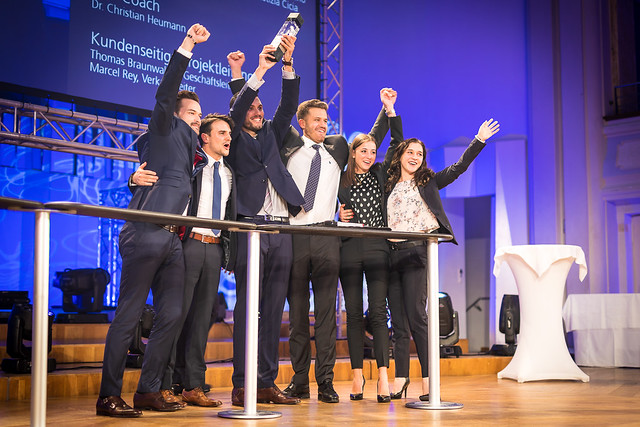 The awards buffet – time for networking 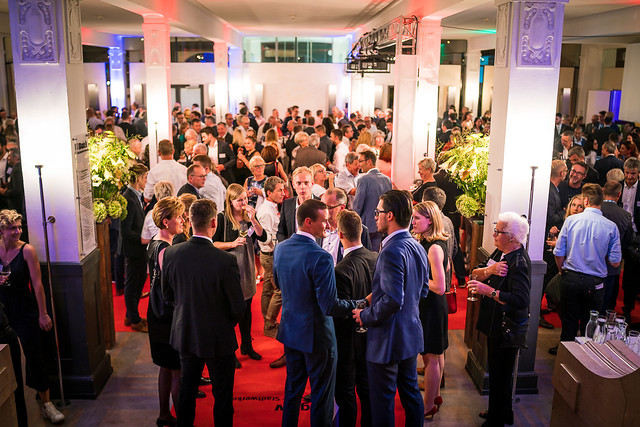 «Artificial Intelligence - Opportunities and Approaches for the East Swiss Economy»

The technology of artificial intelligence is currently penetrating the economy at a rapid pace - as the next stage in digitization. Billions of research funds and equity capital, as well as countless start-up companies, are driving this development worldwide: new jobs, functions, services and products are emerging. They make companies in all industries more efficient, and effective. Value creation and competitiveness are increased. What does this mean for our companies in Eastern Switzerland? Andreas Göldi presents opportunities, approaches, examples and procedural principles in his award presentation.

Andreas Göldi first lived out his passion at the Institute for Information Systems at the University of St.Gallen and soon founded his first start-ups - including the St.Gallen digital agency, Namics. At other companies, he was responsible for the development of their own technologies. After studying at the renowned Massachusetts Institute of Technology, Andreas Göldi helped build, Pixability, and optimized global video campaigns for global corporations in the US-tech mecca of Boston. At the same time, he participated in various start-ups. Back in St.Gallen, he completely switched to the investor side of the venture capital firm, btov Partners.

What is the WTT YOUNG LEADER AWARD?

What are real-life student consulting projects?